ARGUMENT
In Pandemonium, the fashionable nightclub of New York, Clary start fallowing a young man with blue hair until she witnesses his death at the hands of three young men covered in strange tattoos. The dead man turns out to be a demon and the three brothers: Alec and Isabelle Lightwood and Jace Waylandson are Shadowhunters, warriors dedicated to freeing the earth from those evil and mystical beings who want to take over the world. Since that night, Clary’s fate joins that of the Shadowhunters; especially Jace’s: a handsome boy with the appearance of an angel and a tendency to act as if nothing mattered more than he.

I admit that the cast of the film accepted almost with all the characters. Jamie Campbell Bower as Jace made me laugh, although maybe he is not the most handsome actor in the universe, he has the confidence to feel as if he were and that is very convincing. Lily Collins also made a very good interpretation of Clary, strong and at the same time fragile when necessary.

The only lack was Isabell’s character, Jemima West is very beautiful but Izzy is a combination of Sexy and strong, and with Jemima they focused only on the last part, yes, completely imprinted on a confident and independent woman but is never truly reflect how atractive she is.

At the time it was the premiere I had the syndrome “that does not happen in the book”, but analyzing now with a small panorama of the series vs the film I realize that in the film they were much more faithful to the original story that in the series is a really shame that they can not perform the entire saga. 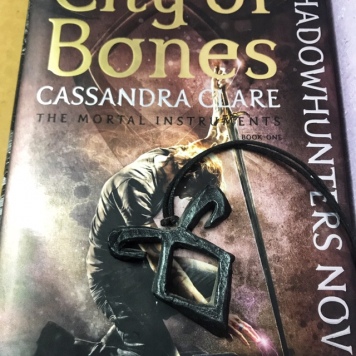